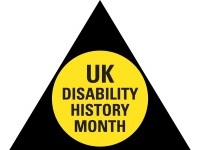 Surrey History Centre holds a large collection of records rescued from hospitals that treated mental illness as well as learning and physical disabilities in Surrey. These records document the history of patient care and the work of doctors, nurses and other healthcare professionals in identifying the cause of illnesses and treating the symptoms from the early eighteenth century until the late twentieth century.

Exploring our hospital collections can be challenging as the terminology used when the documents were created can be strikingly different to the language we use today. Terms that we may now find unacceptable were used at the time to describe different conditions. Diagnoses and descriptions of illness have changed quite radically over the years and so it is important to remember that doctors were not being deliberately offensive. They were using the 'politically correct terms' of their day, laid down by the 1844 Report of the Metropolitan Commissioners in Lunacy, which categorised patients and treatment they might receive.

It can be difficult to link historical diagnoses to the terminologies used by doctors today. 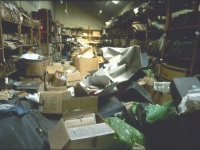 Throughout history, society has created places to help look after those living with disabilities. Initially, these were provided by the Church and local communities through hospitals established in religious houses and the founding of charitable almshouses. The 18th century saw the establishment of private asylums; in the 19th century, mental health care was increasingly provided by the state through a series of Acts of Parliament, which ordered counties like Surrey to establish hospitals called county asylums.

More information is available on our Exploring Surrey's Past website.

Surrey had more mental hospitals than most English counties, largely due to its proximity to London. In the 1990s, many mental hospitals were closed as developments in medication allowed society to move away from residential care to 'care in the community'. The records of many of these hospitals and organisations are now held at Surrey History Centre, including the following: 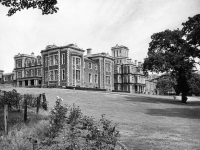 Built in 1855, The Royal Earlswood Hospital in Redhill was the first hospital specifically for people with learning disabilities. The first medical superintendent was John Langdon Down, after whom Down's syndrome was named. Patients slept in 15 bed dormitories and there was one member of staff to seven patients.

The records of The Royal Earlswood hospital at Surrey History Centre show that patients were taught trades such as carpentry, printing and gardening to equip them for life outside the hospital.

As one of the Epsom cluster of hospitals, The Manor Hospital was originally opened in 1899 by the London County Council for the treatment of patients detained under the Lunacy Acts. During the First World War, it was used to treat military casualties. The Manor Hospital reverted to a mental hospital after the war but, from 1922 until its closure in 1994, it focused on providing care and training for patients who were disabled but had improvable conditions. From 1948, the hospital devoted itself to the training of moderately disabled people, disturbed adolescents and young adults, gaining an international reputation in the field of industrial and behaviour therapy.

Our collections relating to The Manor Hospital include staff and patient records.

Queen Elizabeth's Foundation for Disabled People was founded in 1934 by Dame Georgiana Buller and Stanley Evans, and was supported by HM Queen Elizabeth the Queen Mother. The charity's initial focus was to offer training for disabled people to help them gain employment. The charity has evolved to provide more services including rehabilitation units, independent living, holiday homes and mobility services.

The records we hold for the Foundation include annual reports, photographs and newsletters.

Most of the hospital records we hold at the Surrey History Centre were created by the people charged with caring for the patients. However, we do have some letters written by patients, and one Royal Earlswood patient, James Pullen, drew self-portraits and key moments from his life as well as being an avid model and furniture builder.

For recordings of illustrated talks about 'Sources for the History of Surrey's Mental Hospitals', 'James Henry Pullen of Royal Earlswood' and 'Netherne c.1955: A Surrey Mental Hospital in Focus', see our online shop. 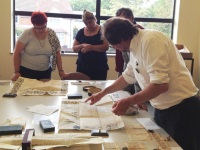 We have worked with various community groups to explore the collections held at Surrey History Centre.

The Halow Project, a Guildford-based charity, supports young people aged 16-35 with a learning disability to live independent, meaningful, fulfilled lives and become more involved in their local community. Young people from Halow visited Surrey History Centre to look at the hospital case books and have explored the life of James Pullen, an artist and model-maker who was a patient at Royal Earlswood Hospital.

The Freewheelers Theatre brings together disabled and non-disabled actors, dancers, animators and film makers to explore issues associated with disability. The group has used patient records for creative writing and filmed their spoken monologues.

Woking Mind has explored the Brookwood Hospital collections in depth with many members able to share memories and names of the staff and patients in photographs.

These partnerships have developed with further exploration of other areas of our collections, including early charters, Poor Law records and Gertrude Jekyll garden plans.

We are always keen to hear from anyone who has material relating to the history of disability and mental health in Surrey to help develop our collections.