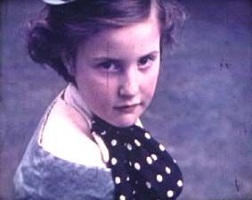 Film, both amateur and professional, is a great but underused source for social history. Being visual and more immediate than most archive sources film can give us a unique sense of time and place, allowing us to almost view events 'first hand'.

Since 1992 Screen Archive South East (SASE, formerly SEFVA, the South East Film and Video Archive) has been rescuing and preserving vulnerable and rare moving images and visitors to Surrey History Centre can view video copies of some of this unique footage of the people of Surrey at work and play through the twentieth century.

What can I see?

The collection of videos, which will continue to grow as more film is identified and copied, covers many decades and subjects including:

Used in conjunction with the other archive and published sources at the Surrey History Centre, the films present a richer view of the county's past.

How can I see the films? 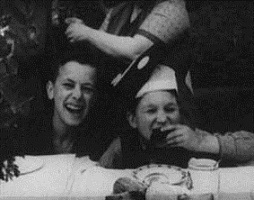 The films have been catalogued and indexed and are stored in our strongrooms. They can be viewed on two video monitors in the Heather D Hawker Room at Surrey History Centre. Headphones are available for films with sound. It is advisable to reserve a viewer in advance. Please telephone us on 01483 518737.

Also available to view or purchase is our compilation Surrey on film 1914-1953 - A community in peace and war. If you belong to an organisation or club, we also provide an entertaining talk about 'Surrey on Film'.

Extracts of some of the films can be seen online via the Screen Archive South searchable online catalogue.

The British Film Institute's grant funded 'Unlocking Film Heritage' programme has enabled the digitisation of film held in regional film archives, including some Surrey films held by Screen Archives South East. As a result, the new BFI Film and TV Map can now be searched by specific UK locations through an interactive map, and films viewed online.

Screen Archive South East has produced 'War and Peace: a new film to a commemorate VE Day. It contains original footage of the events of the day from Surrey and the South East, including Woking's 'walking' Anderson shelter and the 'real' Dad's Army armed with broomsticks in West Clandon. View the film for free.

See our List of film at Surrey History Centre for clips of some of the films.

Screen Archive South East (SASE) is the public sector film archive for the south east region supported by the University of Brighton and local authorities including Surrey County Council.

With offices in Brighton and Chichester SASE provides the technical expertise and correct storage environment which film requires for its permanent preservation. Film is transferred to a digital format making it accessible and preserving the original.

Our collections continue to grow as more and more fragile reels are discovered. If you discover film we would be delighted to hear from you and give advice.

See Film Archives UK, for details of the organisation which brings together archives, archivists, associate organisations and individuals who are committed to the promotion and development of the UK's public sector film archives.