Prehistoric and other discoveries in the Thames Valley and Surrey Greensand

The excavations at sites near Bedfont, Chertsey and Nutfield all produced Late Upper Palaeolithic and/or Mesolithic flintwork, with 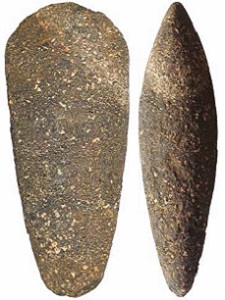 the substantial quantity at Nutfield suggesting a 'persistent place' in the local landscape. Bedfont had an Early Neolithic pit and Late Neolithic features were identified at all three sites, with Nutfield producing a rare pit with Beaker ceramics.

These features suggest the occasional presence of essentially mobile communities, but in the Middle-Late Bronze Age each site shows the imposition of an ordered landscape. At Bedfont it is clearly a co-axial field system with trackways, and waterholes, but, interestingly the latter are lacking in at Nutfield, where the field system is the first confidently identified on the Surrey Greensand. Domestic activity is indicated at all sites but at Chertsey a unique rectilinear enclosure, with a small square enclosure within, may be for ritual or sacred use.

Only Nutfield had Iron Age settlement, with roundhouses set within a substantial enclosure ditch. Its use may have extended into the earliest Romano-British period, when at Bedfont trackways were added to a still functioning Bronze Age field system and at Chertsey new fields were laid out.

Only Chertsey produced a few Saxon sherds, in the same area as a medieval moat, while at Nutfield there is evidence of medieval assarting and a pillow mound (rabbit warren).