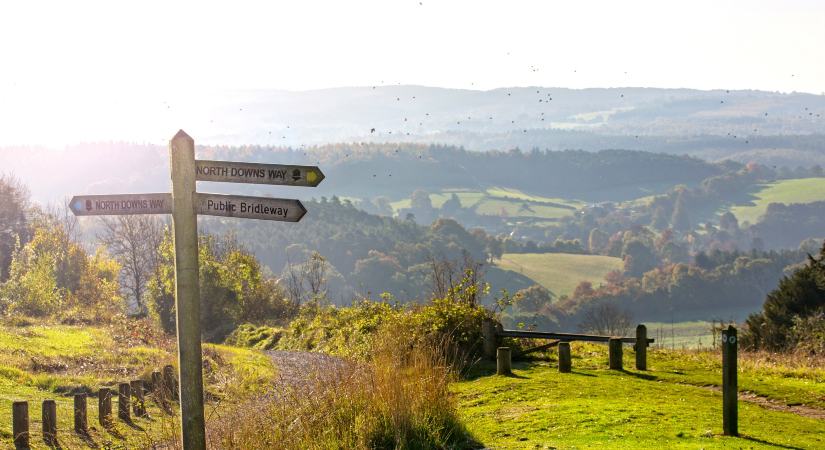 Surrey County Council leader Tim Oliver said "We feel extremely privileged to welcome the Queen's Baton Relay to Surrey, and are very proud to showcase the beautiful Surrey Hills as the backdrop to part of the Queen's Baton route across the Commonwealth. I'm sure the local school children that have been able to take part in welcoming the Baton to Surrey will remember this for years to come. It's great for Surrey to be a little part of history."

The Birmingham 2022 Queen's Baton Relay is confirmed to visit Guildford during its final journey through England this summer, as the full route is revealed.

Birmingham 2022 is hosting the 16th official Queen's Baton Relay – a journey which brings together and celebrates communities across the Commonwealth during the build up to the Games. In England, the Queen's Baton Relay will provide the opportunity for communities to experience the excitement for Birmingham 2022, as the 11 days of showstopping sport nears ever closer.

The Queen's Baton Relay is set to travel the length and breadth of England for a total of 29 days, before culminating at the Opening Ceremony for Birmingham 2022 on 28 July 2022. Kicking off on Thursday 2 June, the Baton will spend four days in London, coinciding with the Queen's Platinum Jubilee Weekend. The Baton will then resume the international journey and return to England on Monday 4 July to commence a 25-day tour of the regions.

The Baton in Surrey

On Thursday 7 July Surrey will officially welcome the Baton. During its time in Surrey the Queen's Baton Relay will visit Newlands Corner and will be cheered on by local school children invited to take part with the backdrop of the stunning Newlands Corner viewpoint.

International and Olympic hockey player, Zach Wallace from Caterham was nominated as an official baton bearer for Surrey. Zach is a home grown hockey hero, starting out playing for Oxsted and then Surbiton hockey clubs and then going on to make his international debut in October 2018, appearing at a World Cup and two EuroHockey Championships with England before starring in the Tokyo 2020 Olympic where GB finished fifth. Zach recently made his debut as captain for England in the recent FIH Pro League.

If you are intending to visit Newlands Corner on the morning of Thursday 7 July please be advised that the car park will be closed for the duration of the event for invited guests only. At this stage we expect the car park to be closed to visitors from 6pm on Wednesday 6 July until 9.30am on Thursday 7 July when it will reopen to the general public. But we'll be reminding residents nearer the time