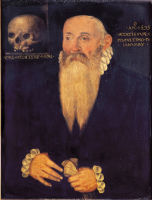 The Loseley Manuscripts, the archive of the More-Molyneux family of Loseley Park near Guildford, have long been celebrated for the brilliant light they shed on the experiences of a leading Surrey family during the turmoil and splendour of the Tudor and Stuart Ages.

Since the third major deposit of records here in 1999, public access to the papers has been dramatically enhanced through extensive further cataloguing and re-arrangement of the papers and the creation of a database of the family's correspondence.

The More and More Molyneux family in national and county affairs

"Where the younger sort of men wanting experience and trust did forget their duties, such old servants as you are, would remember themselves … unto whose trust she durst commit her life" (Sir John Wolley, describing Queen Elizabeth I's good opinion of Sir William More in 1579, SHC ref 6729/3/169).

As Members of Parliament, trusted servants of the Crown and confidants of many leading noblemen, the first three Mores of Loseley, Sir Christopher (c.1483-1549), Sir William (1520-1600) and Sir George (1553-1632), were dominant figures in the government of Tudor and Jacobean Surrey. The letters and papers they accumulated as justices of the peace, sheriffs, muster and tax commissioners and respected local landowners are of national significance, and illuminate almost every aspect of Surrey of the time, from the cloth-dying and glassmaking industries to religious controversy, crime and local unrest.

Sir William More was a friend and executor of the courtier Sir Thomas Cawarden (by 1514-1559) of Blackfriars and Bletchingley who served as Master of the Revels and Tents under three monarchs. Cawarden's papers, preserved among the Loseley Manuscripts, are an important source for the progresses and lavish entertainments staged by the Tudor court.

Chief members of the More family of Loseley and other main correspondents, 16th and 17th centuries

Although the family's fortunes waned during the Civil War, Restoration and early 18th century, the later papers remain a rich source for Surrey life, politics and electioneering and for the military and naval careers of some later family members.

The manuscripts provide a mass of detail about the private lives of those who lived at Loseley over hundreds of years, from marriage negotiations of family members, to the dress and wages of servants, and household diet. Records include family correspondence from the 16th to the 19th centuries (including quantities of 18th century women's letters), 18th century travel diaries, accounts, tradesmen's bills, recipes and remedies and inventories of furnishings and possessions. 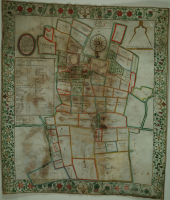 By the beginning of the 17th century, the Mores held substantial estates in Surrey, including the great manor and hundred of Godalming. The copious estate and manorial records, surviving from the 12th century, provide a detailed picture of the administration of the family's property and have great value as a source for the economic and social history of the south west of the county, its landscape and people.

"First none, then one thou wert, when one, one More
When More, one lesser, when less, none as before"
(Poem by Nicholas More, mourning the death of his nephew Henry aged four days, c.1638; an example of the many punning references the More family were fond of making to their surname).

The catalogues of Loseley Manuscripts held at Surrey History Centre are available online.

The database of Loseley Letters, c.1506-1689, is an important resource, containing detailed descriptions of nearly 3000 letters enabling researchers to reconstruct sequences of correspondence and search by person, place or subject. The database is available at Surrey History Centre. The majority of the Loseley Letters described in the database have been transcribed.