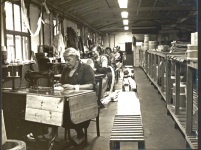 Many technical and scientific innovations have owed much to the knowledge and expertise of dedicated people spending long hours working on a problem until the best solution was found. One such was Cecil Gordon Vokes whose personal archives relating to Vokes Engineering Ltd are held at Surrey History Centre.

Cecil Vokes was born in 1891. He trained as an engineer at John Thornycroft and Co Ltd, Southampton, and from 1916 to 1921 he was chief engineer at the Alliance Aeroplane Company before starting his own business. After various inventions applicable to the motor industry, Vokes became interested in filters. He invented a very efficient system of filtration, initially for air, and carried out many of the tests on his own Lagonda car. 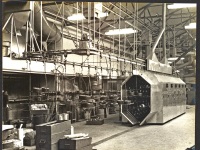 Vokes Ltd was formed as a public company with share capital in 1936 and went on to play an important role in Surrey's 20th century industrial history. There was a factory works at Lower Richmond Road, Putney, and property at Alton, Hampshire, was purchased in 1938 to cope with additional demand. The Putney site was demolished by enemy bombing in October 1940 and the company moved to Henley Park, Normandy, near Guildford, in the spring of 1941.

Vokes filters were widely fitted to tanks and aircraft and were vital in helping to combat the appalling conditions of sand and dust faced in the deserts of North Africa and the Middle East during the Second World War. Vokes also devised a flame trap for the exhausts of night fighters which protected them from being spotted.

Cecil Vokes retired from the company in the early 1950s and died in 1961. His son Gordon Heatherton Vokes was born in 1919. From 1937 to 1947, he worked for the Bristol Aeroplane Co Ltd, initially as a student apprentice, and from 1948 to 1963 played a key role with Vokes Ltd in development and design. By 1969, the holding company, known as Vokes Group Ltd, with its registered office at Henley Park, had two manufacturing divisions in extensive factory premises. 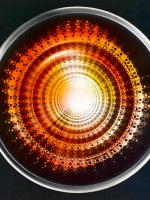 The Group had six factories in England and Scotland, and its overseas operations included subsidiaries in France, Holland and Australia, and an associated company in India. From the early 1970s onwards, the company was subject to a variety of changes of ownership. It is currently called Vokes Air and is now based in Burnley, Lancashire. 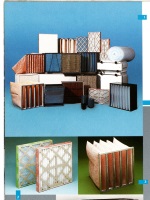